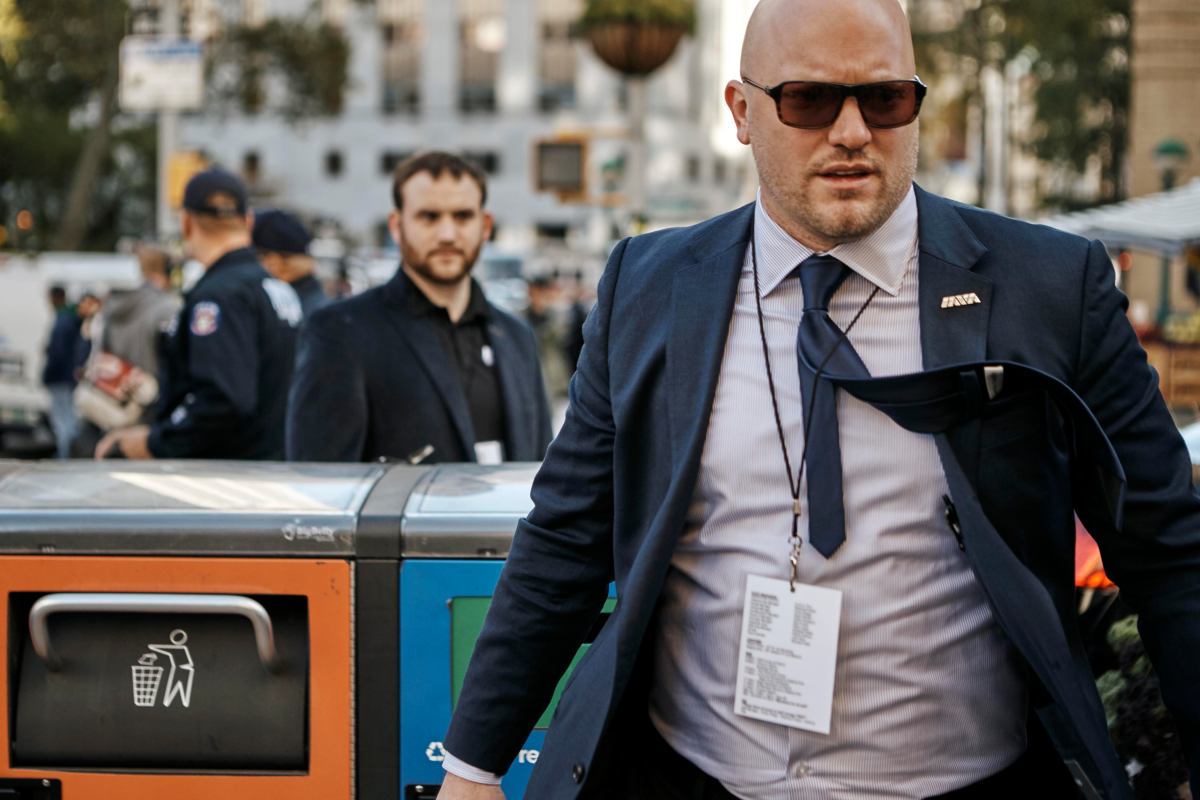 The memory of planes flying into the Twin Towers and the towers collapsing are indelibly etched in our minds. Young men and women joined military service after 9-11 to help their country, but it seems as if the three million veterans who have fought in the on-going war are forgotten.

Veteran and activist Paul Rieckhoff is fighting every day to change that.

Rieckhoff is the founder and CEO of Iraq and Afghanistan Veterans of America (IAVA). It is a unique network of online and in-person help for veterans and their families facing the contemporary problems of 21st Century combat service.

“We are very much a modern iteration of an old model,” Rieckhoff said. “In the old days, you had the VFW (Veterans of Foreign Wars) or the American Legion. Bricks and mortar buildings where people would get together and share stories, and have communities and work together on problems. We’ve got the Internet. We are a networking community of three million people largely through the web and we’re also working on the ground.”
The modern war has included women who have served in combat. He said 20 percent of the three million veterans from Iraq and Afghanistan are female. The veterans are also “ethnically diverse and  geographically diverse. I tell you that because they are not that different in many ways than other people and one of the biggest challenges they face is isolation. They feel like no one understands them.”

Those feelings have led to suicide becoming all too common for the citizens who fought to protect all of us. 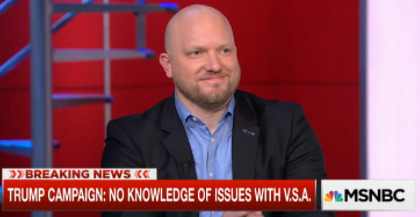 “We can actually get boots on the ground and people to get out of their house and from behind their screens. They can come help in real life,” he said.

In the twelve years since IAVA began, the network has spread to lobby Congress for help and programs the 21st Century veterans need. Then the group spreads information and gives assistance so our vets can access the benefits they are entitled to.
The group includes families of veterans who can gather online or in person to share stories and advice. IAVA has a network of advisers with master’s degree levels of social work. “They are clinically trained in everything from crisis intervention to education counseling,” Rieckhoff said. The advisers can help veterans find a career path and direct them to the education needed. They can help veterans find a local therapist. They even help a veteran go through a divorce or other life difficulty.
“Knowing someone is in there for them, and someone understands their language is really important,” he said.

It may seem strange how Rieckhoff was inspired to start IAVA, but maybe not with an understanding of pop culture and the Internet. Janet Jackson in the Super Bowl made him question his country. It was early 2004 and he had returned to America.
“When I got home from Iraq, the Number 1 story was Janet Jackson’s wardrobe malfunction,” he said. “I had just come back from a war zone and I felt like no one was paying attention. That was a moment where I felt like no matter how you felt about the war, you should be aware of what was happening. I felt like the country was dangerously disconnected.”

Rieckhoff founded IAVA and has overseen its growth as veterans have reached out for modern care in country still assisting World War II veterans.
“Our generation is young; so you have to keep in mind that everything they’re going into is old,” he said. “The systems are old. The hospitals are old. The organizations are old. So if you’re a young, 21-year-old woman coming back from Iraq, it’s hard to find other young women. It’s hard to find a female therapist. It’s hard to find someone who specializes in military sexual trauma or women’s health. For us, it’s not just about understanding, it’s also about being able to deliver.”

On starting out Rieckhoff says the group started with a site similar to a MySpace page and expanded. “Technology has been rapidly evolving around us,” he said. “You want to get a real clear vision for where you want to go.”
Money has always been an obstacle to helping IAVA grow, but Rieckhoff pushes through. “Getting the initial momentum going is hard. You feel kind of like you’re a boulder stuck in the mud, but once you get it rolling, then it picks up steam and more people want to get involved” he said.

Currently, IAVA has nearly 400,000 members and has a goal of getting a million, which will make the organization self-sustainable. Each year, the group sponsors nearly 700 events in cities across the country in addition to the online services.
The group has relied on volunteers or people working for lower pay than they could find in the commercial world. “The good part is that we’re able to find people who are even more dedicated. We’re around folks who are willing to do more because they are in it for the cause and not for the dollar,” he said.

Families are a large part of IAVA. Having a father, mother or spouse who is a combat veteran affects many individuals. New York Mayor Bill de Blasio has recently spoken about growing up with his father, a World War II combat veteran, struggling from emotional issues.

Rieckhoff’s wife, Lauren Hale (pictured below), has learned lessons from her husband and supports IAVA. “When I met Paul, he used to tell me stories about how often the civilian population would just want to ask a veteran ‘Did you kill somebody?’” she said. “They didn’t care about any of the issues facing our veterans or the politics around the war. They equated it as though it were the Wild Wild West. I think that is far and away the least respectful question to ask. That has started to shift because of education.”
She said she has learned that as a veteran’s wife, she “can create as much of a safe space for him to talk as he wants. But if he chooses not to want to talk, that’s okay, too.”
Rieckhoff said a great way to support veterans of Afghanistan and Iraq is donate to programs they rely on that have an impact on their lives. “We don’t have enough crisis counselors,” he said. “If you really want to help me, don’t walk up to Johnny at the airport and say ‘Hey man, what’s it like to be in the Marine Corps?’ Donate to organizations like ours, volunteer with organizations like ours and others. The shortcut stuff is not going to be that impactful. Our timeline for support is going to be long and we need more real commitment.”

The commitment includes working with Congress and state legislatures to meet the needs of veterans. Follow-up work includes making sure the programs are funded and used. IAVA pushed to get a new G.I. Bill in 2008. “The good part is that everyone who served in Iraq, Afghanistan and Syria and other places is eligible for some pretty awesome educational packages,” Rieckhoff said. Lately, the group has also had to assure the benefits stay budgeted. “The veteran’s benefits are expensive,” he said. “It’s a lot of money and Congress often sneakily tries to chip away at those benefits because they don’t think people watch.”

He also wants to push for more help for women veterans. “Women veterans are extremely under served. The resources for them are dramatically lower than for men. The funding is not there, so making sure that our women warriors are cared for is going to be a top priority for us in the next five years,” he said.

Elected officials can help by being aware of the needs of veterans. He mentioned Tammy Duckworth, a double-amputee veteran who is a U.S. Representative from Illinois and was recently elected to the Senate. Electing veterans and having veterans in government leadership positions is important to helping all vets.

IAVA has another vital mission in Washington. Rieckhoff talks about the Pearl Harbor veterans who still deal with issues. “There are folks who lost their legs 75 years ago. Their leg didn’t grow back in the last 75 years. They are still wrestling with those issues. So I think it’s important to think about foreign policy. You hear politicians talking about war like it are a drive-through experience or something easy. It’s important that we put the brakes on that and we ask for them to go slow. They really need to understand the human impact of war because usually it’s not their kids going.”

IAVA were reminded in December 2016 of why they do what they do in a way that hit very close to home. Veteran, author and longtime activist Luis Montalván was found dead at the age of only 42, with suicide being the most likely cause. Montalván had helped to create legislation that provided service dogs to veterans and caught national attention for suing McDonalds after they ejected him on the grounds that his dog wasn’t for service purposes. For Rieckhoff and his fearless fighters at IAVA, Montalván’s death makes their purpose even more crystal clear: “Luis had a variety of mental health issues that his dog and this community were helping him with. But we lost him and I think that helps us understand why our work is so important. We lost him but we saved a lot of others. We’re losing people constantly in our community, especially young people, so that’s really, really hard to process”. They will forge ahead though with Montalván’s work as further inspiration. “We try to focus on the folks we save and not just the folks we lost” Rieckhoff concludes. “We are learning from the fact that Luis was active in the community, he was getting lots of attention and press support and we still lost him. We want to use that as an inspiration to try to carry on his memory based off of how he lived and not just how he died”.

**For more information on the tireless work of IAVA, to join for free or to make a donation, please visit https://iava.org/

Interview with Paul and Lauren Rieckhoff by Lyndsey Rodrigues